Home  ›  Legal Blog  ›  Legal Advice Before you ride on These Dangerous Intersections in Houston, Texas

Legal Advice Before you ride on These Dangerous Intersections in Houston, Texas 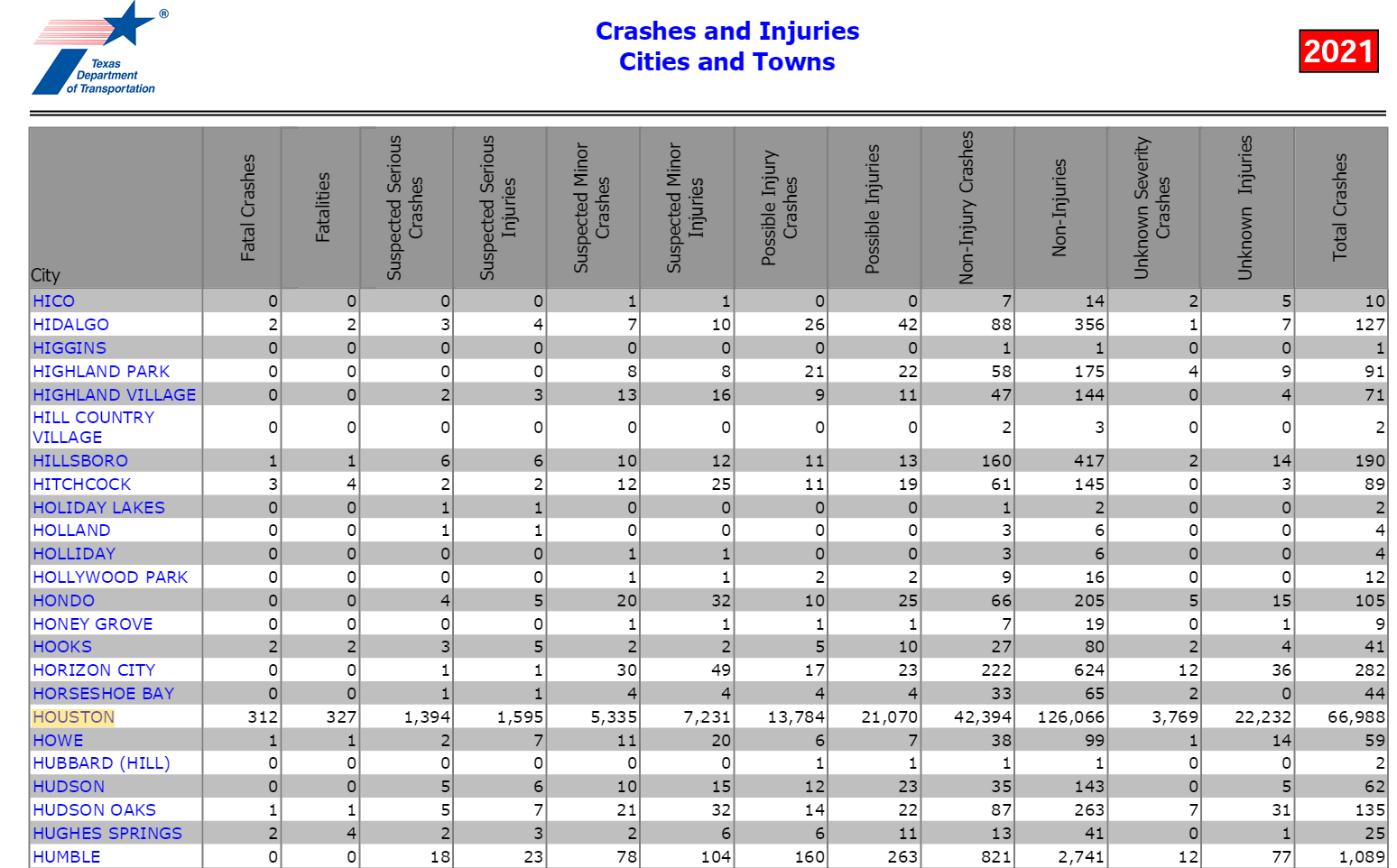 When driving in Houston, you are always surrounded by risk; it moves with you, overtakes you, and honks in the rearview mirror. Only 8% of Texas reside in Houston, but statistics indicate that over 16% of accidents in Texas occur in Houston.

But why do so many accidents take place in Houston, Texas? Primarily, that’s because the population in Houston is growing exponentially, but the city wasn’t originally designed to accommodate so many people.

Let us put things in perspective.

So, what do you do if you get into an accident when driving in Houston? Should you talk your way out of it? Contact the police? Or hire a Houston Injury lawyer?

Hiring an injury lawyer would be in your best interests. However, before we come to that, there’s one crucial thing you can do to avoid accidents while driving in Houston, Texas.

What would that be, you ask?

Perhaps being extra cautious at the most dangerous intersections would save you from all the trouble.

I-45: The Interstate Highway you want to stay away from

A report by Houstonia recently titled the I-45 highway as ‘the most dangerous intersection in the US’. But you might be wondering, what earned this highway this title?

A few counting factors would be traffic congestion, dangerous driving, and faulty infrastructure. This particular highway has met with legal blockages as well that obstructs the US government from constructing new lanes.

One notable case you should pay closer attention to would be a federal lawsuit filed by ‘Harris County’ against the TxDOT to stop I-45 expansion. But more on that in some other article.

I-45 highway isn’t the only dangerous intersection you should be wary of. The list is quite exhaustive and we’ve listed the ones with the highest numbers of fatalities.

Although, if you were to ever end up in an accident either at these intersections, roads, highways or anywhere in Houston, Texas, you can consider taking help from Houston Injury Lawyers; they’ll not only help you with getting insurance claims but will ensure you get additional financial compensation if the accident was caused due to another party’s negligence.

When talking about dangerous intersections in Houston, we must shed some light on the biggest risks you face while driving on/through these intersections.

We’ll keep this section rather simple, pointing straight to the risks associated with driving on Houston highways and Intersections.

Reckless driving can lead to an accident at an intersection in Houston, as by the time you got to know what hit you, it’d be too late. Our advice? Do not Overspeed on local roads, whatever the reason might be.

If you follow the Texas Traffic Laws, you’d know that you must take a halt at stops designated for pedestrians to cross the road. A slight miscalculation and you could end up in an accident.

Have you or your loved ones been through a similar situation? Consult the team of best Houston Injury Lawyers today! They’d help you correctly assess the damage incurred and walk you through the best available options.

Intersections are often crowded, and taking a left-hand turn can be dangerous when there are no left turn indicators on the street lights. A wrong judgement call and you’ll end in what we call a ‘T-Bone’ collision.

T-Bone collisions, for people who are unaware, are collisions where the front of a car hits the side of another car.

Nobody plans on an accident, but it could happen to the best of us in Houston. The Houstonia report we referred to earlier, also suggests that almost 57 accidents occur for every 100 miles on the I-45 highway.

That being said, if you or any of your loved ones land in a car accident in Houston, you can contact our Houston Injury Lawyers for a free legal consultation. We work with a team of award-winning lawyers who have repeatedly secured high settlements and compensations on the behalf of our clients.

Wish you a safe ride in Houston. Until next time.